Yolanda Buggs is Unique and Versatile

"Yolanda Buggs is a talented writer/director whose work is worthy of praise and I'll be the first in line to sing those praises!"

"I have known Yolanda since she was a student at The American Film Institute. She took a course I taught on Sitcom Writing. I was impressed with her writing and later hired her as WGA writer-trainee for "The Parkers," where I was an Executive Producer. She is an excellent writer and also a very good director. Her creative ideas and abilities are rich in content. "

"Buggsy, as I prefer to call Yolanda, is one of the most imaginative writers I have met in my forty plus years in the business. She has a keen sense of story and succeeds at creating unforgettable characters who are easily relatable. What I love most about Buggsy is her strong, no-nonsense, go-getter spirit!"

"I have had the pleasure of working with Yolanda in stage, tv and film. She is a very hard working talented producer who will go the extra mile when others are ready to go home. I love working with her and can't wait to do so again."

"Yolanda is one of those rare artists that truly understands the art of collaboration. Her writing is vivid and gives you a clear understanding of the world she has created. She knows how to talk to actors and has a strong vision. Looking forward to working with her again on whatever she needs!"

"I have had the pleasure of knowing Yolanda Buggs for at least a decade. We met when her screenplay Lovejoy took the Grand Prize in the Cynosure Screenwriting Competition. Her ability to create memorable characters and thought provoking story lines is what sets her apart from the average writer.”

I WRITE TO LIVE AND I LIVE TO WRITE

When a Christian and atheist meet all hell breaks loose.

Told through a nonlinear fragmented storyline, a marriage disintegrates and exposes a shocking surprise.

Three teenagers set out on a cross-country adventure that shatters their worlds and leaves their mental states altered forever.

A family of feuding insects band together to fight a common enemy.

A mother returns home hiding a terrible secret while trying to reconcile with her estranged family.

All is not what it seems in an underground world that turns out to be driven by lust and greed.

A quirky, off beat comedy about a novice lesbian hunting for love in all the wrong places.

View some of the projects I have created and worked on 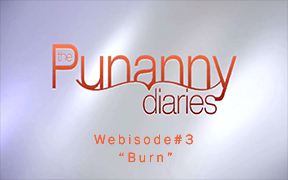 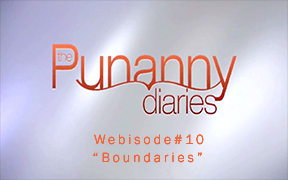 MY TEACHING PROCESS IS Refined

Ascertain the needs and expectations of the college, university, organization, program and/or school system seeking my employ.

"Yolanda is a true professional with extraordinary patience. Her passion to work with at-risk youth can be seen in her differentiated instruction, hands on approach, and attitude to go above and beyond the call of duty. She's a talented teacher that will certainly impact the lives of many students."

"I have hired Yolanda to work for our community non-profit organization. We have a program where we teach youth writing and video production skills. Yolanda has an innate ability to connect with young people in a way that allows for their talents and imaginations to flourish."

"Yolanda Buggs taught digital media and editing at our Arts Colony. She is an excellent teacher, motivator and very knowledgeable in the digital media field. I highly recommend her."

"Yolanda taught screen writing at our Arts Colony. She has a way of bringing out the creativity in her students. Her classes are well structured and professionally presented. Her students love her class and are eager to continue learning from her."

"Yolanda is a wonderful teacher of screenwriting. She is meticulous and very observant. Her experience and enthusiasm have helped all of us to produce our best work. I hope to take more classes with her."

"As a teacher, Yolanda was caring and always gave great advice to all students in need. She has a friendly personality and was very respectful to her students. She was awesome!"

Yolanda Buggs is an award winning writer, director and producer with a distinctive narrative voice and cinematic style. Ms. Buggs attended graduate school at the prestigious American Film Institute (AFI), where she received her MFA in Screenwriting. She attained her BA in Film and Video from Georgia State University. Prior to that Ms. Buggs first began her film education at New York University in their Intensive Film Workshop. Mentors, Daryl Nickens, former chair of AFI’s screenwriting department and Bill Boulware, veteran sitcom executive producer, brought Yolanda into the industry. Upon graduation, she began her work as a WGA Writer-Trainee on the now syndicated sitcom, The Parkers, co-created by Sara Finney-Johnson. While there, Ms. Buggs was entrusted to direct a fresh, new look for the sitcom’s 30- second show open, which can currently be seen on Black Entertainment Television’s (B.E.T.) cable network. Yolanda has worked as an In-house producer for Rushion McDonald and Steve Harvey at their production company, Nu-Opp, Inc. While there, Ms. Buggs line-produced the 2nd, 3rd and 4th Annual Hoodie Awards, a live, multi-camera celebrity awards show held at The Great Western Forum in Inglewood and then later at the MGM Grand in Las Vegas. The shows were hosted by Steve Harvey and executive produced by Rushion McDonald. After Ms. Buggs left Nu-Opp, she spent some time working on a number of reality television shows for The WB, B.E.T., TV-One and Edmonds Entertainment under the direction of Tracey Edmonds.

Yolanda was a co-producer and director on the original web series, The PuNanny Diaries where she was honored in the 2011 LA WebFest with an “Outstanding Directing in a Dramedy Series” Award. Through her production company, Buggsy Productions, Inc., Ms. Buggs has created and executive produced a web series entitled, Kid Justice, which was honored with an “Outstanding Producing in a Reality Series” Award in the 2013 LA Web Fest. Additionally, Yolanda has written, produced and directed several shorts, tv shows, music videos and PSA’s. She also independently teaches filmmaking and screenwriting to youth and adults in and around the metro Los Angeles areas.

There's no better time than now

Get in touch, let’s collaborate and work together